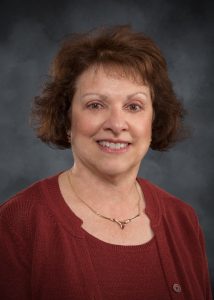 Many people are aware of how important knowing their numbers is for their health — things like blood pressure, weight and cholesterol, but do you know what TIME stands for in relation to your health?

TIME is the acronym for the warning signs of a serious and insidious condition that sneaks up on people and escalates at lightning speed: Sepsis. [1] This escalation can result in septic shock — when your blood pressure plummets to a dangerously low level, and it is life-threatening.

“Sepsis, in essence, is when an infection gets out of control and your body can’t keep up and fight it effectively. Your immune system gets overwhelmed, and when sepsis worsens, organ dysfunction results and affects areas such as the brain, kidneys, liver, lungs and heart,” explained Dr. Wright. Prompt treatment is critical because organ failure happens rapidly.

Sepsis can also be challenging to diagnose, because its symptoms mimic many other frequently seen conditions. Sepsis symptoms are where that TIME acronym comes in: T stands for abnormal body temperature; I is for infection, signs of which include fever, gastrointestinal distress, shortness of breath and a wound becoming red and swollen; M is for mental decline, like drowsiness or disorientation, and E represents extreme illness, or a high degree of discomfort in the patient.

“This is why we never want to miss sepsis in a patient who comes through the ER,” shared Marburger, “Upon arrival to our ER and check-in, every patient is screened for sepsis. This protocol ensures that cases will be identified as soon as possible, because the earlier sepsis is caught, the easier it is to treat.”

Sound continuity of care is also observed routinely at TRH, as any patient who is diagnosed with sepsis is followed even after they leave. Miller noted that the hospital has a rigorous model of monitoring each sepsis patient. “As soon as a patient is flagged for sepsis, we follow up with them to make sure that all the necessary protocols were followed while they were here, and we check on them even after they’ve returned home. We watch for sepsis symptoms all the time and are especially concerned if, say, a patient has an autoimmune disorder or is elderly, for example,” she said.

Miller also said that the hospital measures its performance through several metrics, such as antibiotics being administered to the patient within the first hour that they’re hospitalized, and the data is recorded and reported out across the system on a monthly basis. “We’ve been treating sepsis for a long time now, and we want patients and families to be assured that important metrics are met with our sepsis patients, their organs and vitals are monitored continuously, diagnostic tests are given and treatment is quickly administered,” she said.

When asked which individuals are most at risk for sepsis, Dr. Wright echoes Miller’s comment. “The elderly population is more heavily affected by sepsis, and we see this especially in terms of the mental decline symptom,” he declared. Marburger added that they will often appear drowsy, confused and less responsive. Others who are more prone to develop sepsis are those who are immunosuppressed, like a cancer patient undergoing chemotherapy, someone living with a chronic condition, such as diabetes, and those on certain prescription medications.

Dr. Wright cited pneumonia and the sometimes-very-subtle urinary tract infection as two of the top sources of sepsis. “It can originate anywhere in the soft tissue,” he said. “This is why it’s critical not to ignore signs of infection — even a seemingly insignificant small cut — and get yourself to the ER as soon as possible, because you want to avoid progression into septic shock.”

The first line of defense for sepsis is a course of antibiotics, and often intravenous fluids and oxygen, but if a patient goes into septic shock and organs start to shut down, Dr. Wright stated that treatment at that point can also include dialysis and breathing assistance. Miller added that consistent drawing of blood cultures and lactic acid levels is also standard treatment protocol.

In severe cases of septic shock, blood pressure is very low and blood fails to reach the organs and tissues. TRH providers work hard to normalize a sepsis patient’s blood pressure and heart rate as quickly as possible, and to restore their kidney function.

Marburger explained that ongoing education for staff on sepsis keeps everyone sharp in terms of being able to identify it and be up to date on the latest treatments and developments pertaining to sepsis. Mission Health’s sepsis guidelines stem from the findings of the Surviving Sepsis Campaign, a project undertaken jointly by the Society of Critical Care Medicine (SCCM) and the European Society of Intensive Care Medicine (ESICM).

The TRH team’s sensitivity to sepsis means that patients benefit measurably and have a greater chance not only of surviving the condition, but having it found and treated earlier. As always, we continue to take every necessary safety precaution to protect our patients and staff from COVID-19, whether they’re being treated for sepsis or another condition.

In closing, I want to remind you to stay safe. COVID-19 continues to be present, and it is important that we continue to practice social distancing, wearing a mask and washing our hands.

I also want to make you aware of our Insurance Assistance Hotline, [2] which offers help for those struggling with being uninsured during the pandemic. Our trained professionals are there to assist those who need help applying for emergency medical coverage, from COBRA insurance to Medicaid. You can contact them Monday through Friday from 8 am to 6 pm at 833-541-5757. [3] 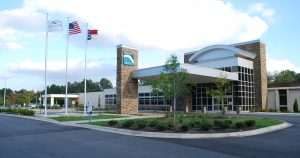