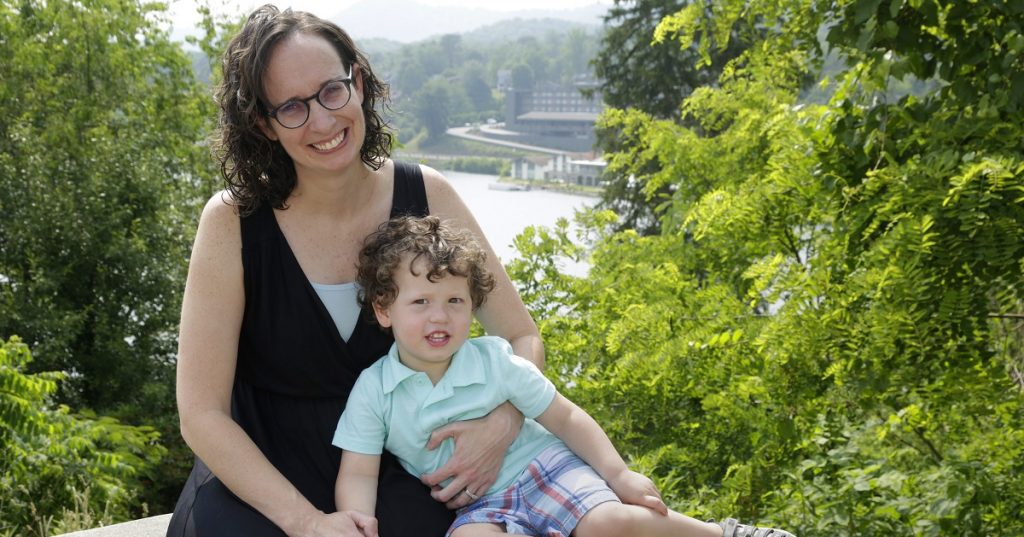 Baby Owen was due to enter the world in August of 2016. His mother, Amanda Bauman, 35, of Waynesville, had experienced a healthy pregnancy, and all was going as planned…until an obstetrics appointment in late June led to an emergency C-section. Bauman’s August baby arrived, surprisingly, on June 21.

A Sudden Turn of Events

“I had a completely normal pregnancy and just went in for a routine appointment,” said Bauman. “At the appointment, I was showing signs of preeclampsia, so I was sent to the hospital for monitoring, and things escalated very quickly from there.”

After delivering Owen by C-section, Bauman stayed in the hospital for an additional five days due to the development of HELLP syndrome. Her doctors needed to get her blood pressure under control. Owen, a premature newborn, spent two weeks in Mission’s Neonatal Intensive Care Unit (NICU).

While no parent wants their child to have to spend additional time in the hospital, Bauman was grateful that specialty care for Owen was available. Mission Hospital’s NICU is the only Level III NICU in western North Carolina. Without it, many newborns in our region would not have access to life-sustaining medical treatment provided by physicians, nurses, technicians and staff who specialize in treating sick and premature infants.

Providing state-of-the-art neonatal care is not confined within the walls of the NICU department, said Linda Yandell Smith, MSN, RNC-NIC, IBCLC, NICU Nurse Manager at Mission Children’s Hospital. The NICU even has an Infant Transport Team that brings mobile NICU to medical centers within the region so that newborns in need can get the care they require.

“Mission’s NICU team is ready and waiting to care for any baby who has unexpected medical needs,” said Smith. “We have a delivery team that is ready to attend to a baby who needs immediate care after delivery. Our goal is to bring our expertise to the baby and provide exceptional care so that the baby has the best outcome possible.”

Providing critical medical care to newborns in western North Carolina isn’t all the NICU does. It also provides personal care. Bauman saw this firsthand. It was especially evident in one of Owen’s nurses, the late Andy Evans.

“When you have to deliver early, everything happens so quickly,” said Bauman. “We were in shock. It was my first pregnancy and we didn’t know what to expect, then all of a sudden, everything was happening two months early. But the doctors, nurses and staff did everything they could to make things easier for us. They were incredibly kind and patient and made sure we understood all the medical lingo and jargon, and all the things that were going on with Owen.”

Evans, in particular, simplified things for the family, and provided them with many comforts during Owen’s stay. “Andy was the first one who asked me how I was doing,” said Bauman. “The NICU is all about making the babies better, but the parents are going through a lot too. I was still recovering myself, and not in the best health, so being asked how I was doing and being told that it was okay for me to rest and not be in the NICU around the clock was very important for my recovery.”

Bauman said that Evans was also the first person who told her she was allowed to hold her baby. “I was still in shock,” she said. “I hadn’t prepared myself that we’d be in the NICU, much less what that meant for how we’d interact for Owen. So when I visited him, I would just sit outside and look in. But when Andy was assigned to us, one of the first things he asked was if I wanted to hold my baby. Of course, I did, but I didn’t know better. Andy thought to ask, and that meant so much to me.”

While Evans will always be a standout to his patients and colleagues, he exemplified the care philosophy Mission’s NICU strives to live out for patients and families day in and day out, said Smith.

“Within the NICU team, the goal is to partner with the baby’s parents,” said Smith. “The parents are unsure of their role, so the team goes over and above to protect the parents’ relationship with their baby. Distance from home, having other children and dealing with the needs of everyday life can make it difficult on families. Nurse interactions, like as seen with Andy Evans, can guide the parents’ experiences and provide them with ongoing support.”

A Sense of Security 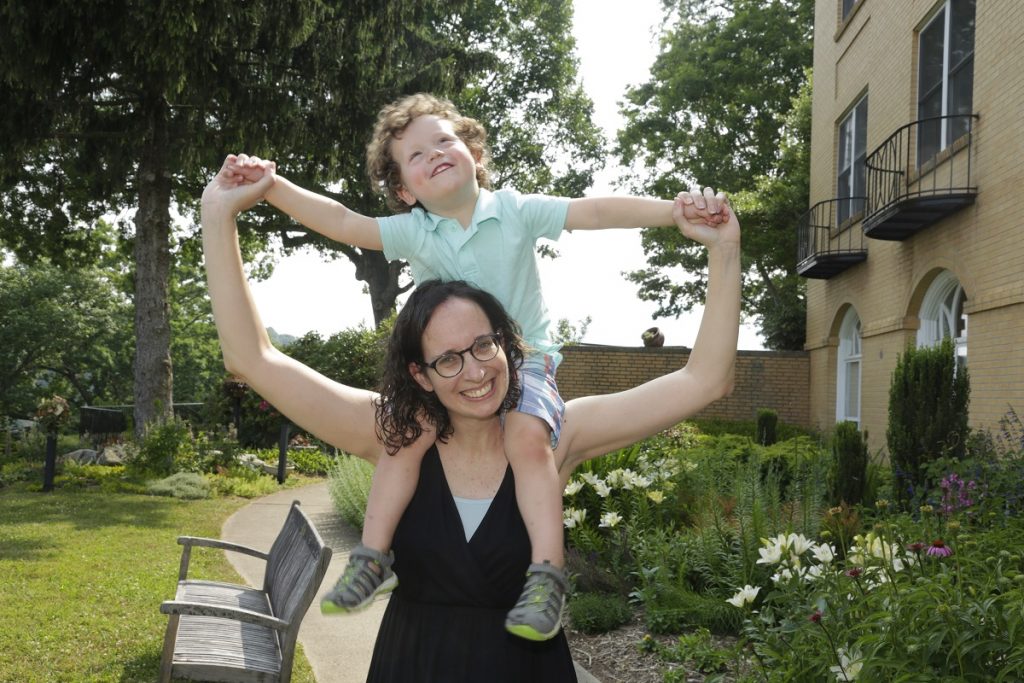 Since Owen’s time in the NICU, he has gone on to thrive. He recently turned three and has a new sibling.

“Thankfully, he came full term,” Bauman said of the family’s newest addition. “But if we had not had such awesome care at the NICU with Owen, I’m not sure we would’ve had confidence with this second pregnancy. But knowing the NICU would be there if we needed it was helpful to us.”

“Most of our community has not experienced the NICU world unless the need happened,” said Smith. “When talking with parents and families, the overwhelming gratefulness is humbling. Our hope is by partnering, we can lessen the anxiety and help parents focus on their baby. It is our honor to care for those who need us.”

While Bauman was grateful they didn’t need the NICU this time around, she remains thankful for them — especially Andy. “He was our rock,” she said.